Difference between revisions of "Library of Babel"

One of the Leaked E-mails hinted at a "library" subdirectory:

This led to a hidden page:

The page has an animated Flash file with an id of "Thunderclap". ("A Combed Thunderclap" is a reference to the Jorge Luis Borges story, "Library of Babel". For more information, see "Puzzle Card Symbols".)

An eye opens, and text slowly appears. A transcript follows. The strikethroughs indicate words that are erased in the animation.

The two paragraphs before the last have some letters that display before the others. This may be simply a visual effect or it may be a clue. 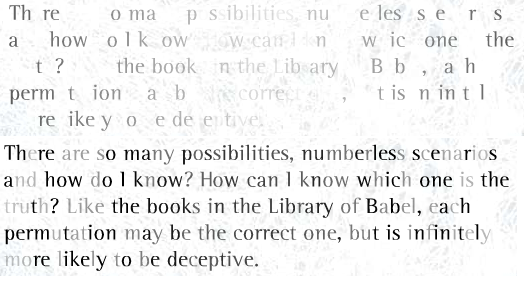 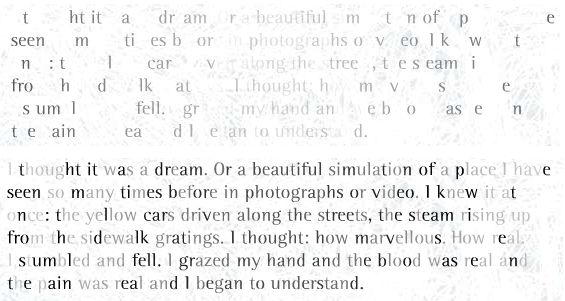 There are also strange images above the eye, at first they were thought to be kanji. Later arkai discovered that they are just letters turned sideways. These letters seem to spell "Waking" (just like the first word of the animation). 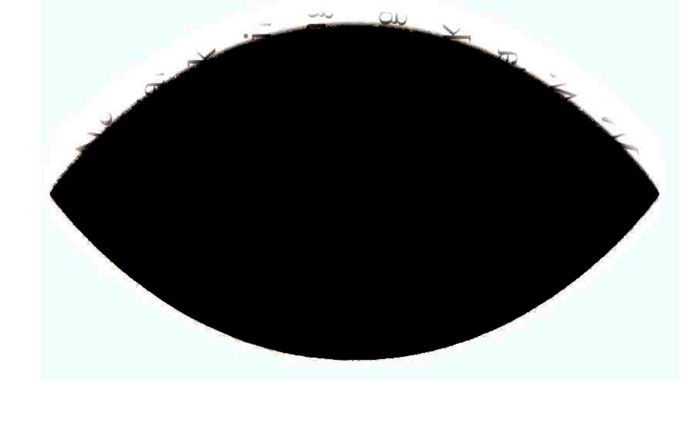