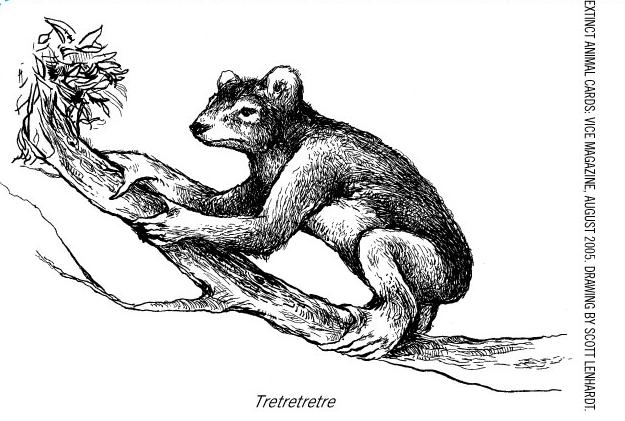 The giant lemur Megaladapis edwardsi was one of the largest of the so-called subfossil lemurs. It weighed between 100 and 200 pounds and was the size of a small adult human. Among its most distinctive features was its muzzle: long and extremely robust, it evidently supported a large, fleshy nose or proboscis (a lemur with a trunk, perhaps?). This and related species of Megaladapis are common in subfossil sites along the western shore of Madagascar, as well as the interior. Recent radiocarbon dates establish that this lemur was still living around the time of European discovery of Madagascar (AD 1504). The lemur's common name, if correctly attributed, relates to a Malagasy oral tradition of the "tretretretre," an animal the size of a calf with a humanoid face.

"The tretretretre is a large animal, like a calf of two years, with a round head and the face of a man. The forefeet are like those of an ape, as are the hindfeet. It has curly hair, a short tail, and ears like a man's...It is a very solitary animal; the people of the country hold it in great fear and flee from it, as it does from them."

(From observations on the natural history of Madagascar recorded by the French explorer Etienne Flacourt in 1661.)

It was revealed during Receda's Revenge 2 that Tretretretre are not the same animals as we know of them on Earth. They are, in fact, more elephant-like in appearance. Tretretretre are known to live in a pen at the Perplex City Zoo, right next to an animal that looks like the Tretretretre from Earth (See above). As an aside, The Missing Piece bar has a tretretretre head on the wall. 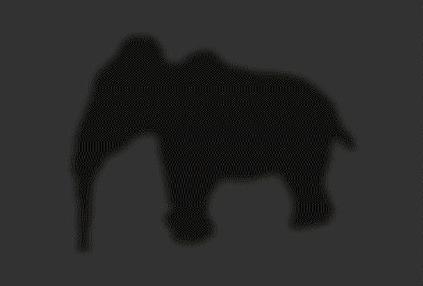