The Air Conditioning subsystem of Ascendancy Point was purposely crashed by Cubehunters in July, 2005. The crash affected other subsystems, and caused the system to randomly print resident data. This data, combined with data obtained from the building's Heat Sensors, allowed the Cubehunters to discover the identity of the Advisor.

Air Conditioning is just one of the subsystems in Ascendancy Point's central neural system. Yes, neural--the building's systems are run by a weak AI. Subsystems are interconnected, so that no one system acts on its own. See Eclipse Security for more technical details about the system.

The subsystem is accessible via a back door installed by the Advisor. NOTE: while you can still log into the Eclipse Security System using the information below, access to the air conditioning subsystem itself has now been denied (confirmed on 30-SEP-06; original date of denial unknown).

Cubehunters used the Air Conditioning interface to obtain a list of Ascendancy Point Residents, which eventually led to the discovery of the Advisor's identity. Here's how the puzzle played out.

Pietro Salk, journalist for the Sentinel, was investigating the murder of Bernardo Holyoke. He lapsed into a coma, only to awaken one night to feverish work on a puzzle (Pietro's Maze). That puzzle led to the discovery of Salklogs.doc, a collection of email correspondance between Salk and a mysterious person calling herself the Advisor who claimed that she was hired to steal the cube.

Through the logs, the Cubehunters discovered that the Advisor had installed a back door in the Eclipse Security System, which let them access the Air Conditioning and Heat Sensors subsystems. See Eclipse Security for more information on how access to the systems was gained.

While working on the Heat Sensors Puzzle, the following system notice appeared on the Eclipse Security website:

Business data? Hmm... sounds important! Next step: gaining access to the Air Conditioning subsystem. Cubehunters called the live technical support line during the designated times. A variety of methods were used in an attempt to gain access (some attempts were quite humourous). User:Puzzled_Pineapple succeeded by posing as The Advisor, and was told that access to the Air Conditioning systems would be granted within 48 hours.

Once access to the Air Conditioning subsystem was obtained, Cubehunters quickly learned to crash the system by making the temperature go above or below 12 degrees. Here's an example of what the system looked like when it crashed: 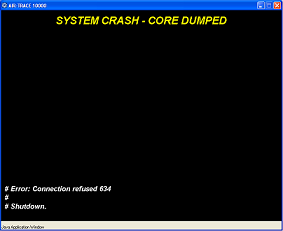 Some important notes about the system:

Most of the time, crashing the system yielded no pertinent information. According to the system notice, though, data leaks may occur during periods when regular maintenance is being carried out by technicians in the server rooms. By monitoring the security systems during the Heat Sensors Puzzle, we determined that the regular maintenance windows were between 21:30 and 22:00 GMT (10:30pm and 11:00pm BST), Sunday, Friday and Wednesday. Crashing the system during those times yielded the Name, Floor No. and Room No. of one resident of Ascendancy Point. The full list of residents names discovered during the system crashes can be seen here: Ascendancy Point Residents. Note that this is just a small portion of the many, many inhabitants of Ascendancy Point.

By crashing the system, we found a partial listing of Ascendancy Point Residents. Combining this data with the data obtained from the Heat Sensors Puzzle, we learned that the Advisor was PCBC consulting economist Monica Grand.