From Perplex City Wiki
(Redirected from The Academy)
Jump to: navigation, search 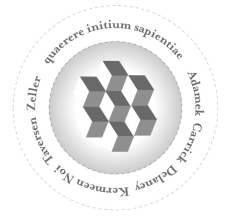 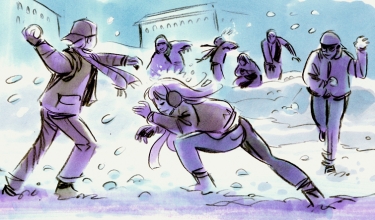 Departments within the Academy include:

A more complete history of the Academy can be found on the Academy website in the Visitors section. Much of what follows is paraphrased from there.

The Academy appears to be founded in around 1165 (573BC). Concrete evidence places it in existence by the year 1167 (571BC). The journal of Degabus of Malme explictly talks about a group of scholars whose goal it is to study "both the ancient and the modern mysteries." The scholars in question took up residence with a "Mrs Feon" of Kingdom Street, and quickly moved to the cellar of the estate of a "Mr Beston". This new location, in The Old Town, seems to be where the academy stayed, and grew out of. The famed Beston Rooms which are in use in the Modern Academy are probably not the same rooms used so long ago, but the location seems historically accurate.

During the next few years, the Academy remained in the Old Town. It started out having a somewhat shoddy reputation, but quickly grew in size, taking on additional rooms in the area of those original Beston cellars. At some point early on, The Academy began charging a tuition service to the sons and daughters of wealthy townsfolk as a way of funding its continuing research. No scholars of note were yet resident in the Academy, but the place was well remarked upon.

The Academy's first significant expansion came in 1286 (452BC), with a gift from Naskent Taversen, one of the City's wealthiest and most influential landowners. His only daughter, Aetiant Taversen, was at that time in attendance at the Academy, and apparently negotiated with her father the substantial gift he gave the institution. Naskent Taversen eventually gifted his house, along with various surrounding pieces of property, to the Academy in perpetuity, which led the Academy to substantial growth and stability. When, in 1295 (443BC), Aetiant Taversen was elected by the other fellows of the Academy to become its first 'Master', she was able to preside over an unprecedented period of growth and success in which, for the first time, the Academy was able to select its pupils.

After Aetiant Taversen's death, there was considerable debate as to who should be the next Master. factions were divided between Catherine Carrick who favoured a focus on puzzles, and Philosopher Boaz Delaney, who believed in learning first and foremost. After three years, the fellows finally agreed to elect Carrick and Delaney joint Masters. This had the effect of making both parties uneasy, and the division between puzzlers and higher learning rages through The Academy today.

Throughout the next century or so, The Academy -- and indeed Perplex City as a whole -- matured. It was during this time the Academy began forming departments (Cryptology being the first), and began requiring students attend an Other school of Education for at least 2 years before coming to The Academy. (This was, of course, frowned on by some.) In 1493 {245 BC), Helios Noi made considerable contributions to the Academy, including significant developments of the field of biological sciences.

In 1566 (172BC), The Accords of 172BC brought greater stability and a resurgence of interest in the arts and science. The Academy Museum was opened, and The Academy Library was opened to the public. This all came on the heels of the great depression of the early 1500s.

In the years approaching the year 1 AC, Many upstarts occurred. A breakaway group started The Conservatoire, which was probably a bad idea all around. This division, coupled with the poorly handled accounts which followed The Conservatoire's collapse, on top of a few flailing business ventures, caused a great disruption within The Academy. Much blame was placed on Master Cestmir Zafferin. After the death of Master Victor Mardian, it appeared to some as though The Academy might fold, entirely.

It was by some miracle then to have Vianne Adamek step in as the new, profoundly level headed Master. Adamek's accomplishments are numerous, most of which involve setting up grants and aids for Acadey students. The influence of Adamek's legacy stretched into the heart of Robart Kermeen, the great puzzle-setter who commented "one almost feels Adamek's mind still working within the Academy's walls". Kermeen forged strong ties with the Perplex City Academy Games, and instituted the first "summer school" for prospective Games participants, a tradition which continues to this day. Kermeen also oversaw the extensive building works which marked this period of the Academy's (and, indeed, the city's) history. It was Kermeen, too, who first put substantial resources into the field of Cube studies, a practice continued by the Masters who came after him through into the next century.

Most schoolchildren know the story of Hesketh Zeller, if not for the vast strides he made in the pursuit of Cube knowledge then at the very least for the circumstances surrounding his noble death. One of the few Masters to continue active research while holding the position, he was certainly the first to pay the ultimate price for his work in the dangerous area of Cube studies.

Staff and student details can be found on the Characters#Perplex_City_Academy page. There are many.

Of course, what could be the most important permanent exhibit at the Academy Museum is The Receda Cube.

This logo was changed on the Perplex City Sentinel site on the 19th, and mentioned in the corrections page. It seems that the different logo was a mistake, but whether this was in game or out of game has yet to be determined.